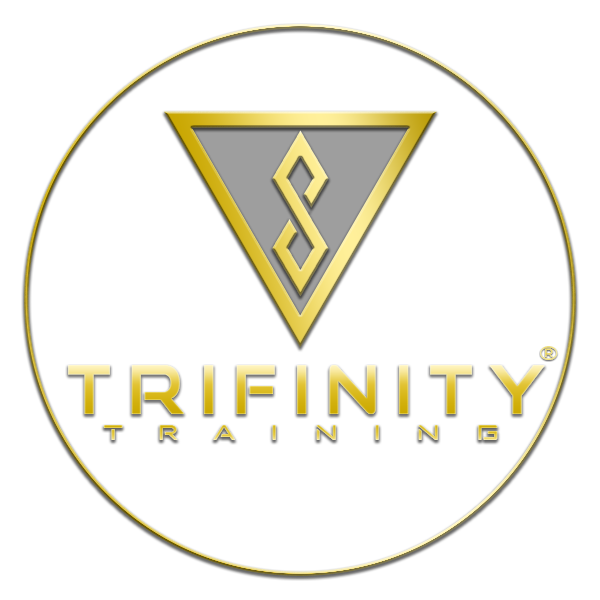 Boost your immune system — The shot you need

Autumn is approaching and most of the schools have reopened. It’s time for it… the annual “autumn flu season”. It is already beginning to be seen and heard around us. It is very common that it “takes us” sooner or later and you have to stay in bed for a few days or in the worst case for weeks. But there are things we can do to boost our body and immune system around these periods. This year the autumn season is not like any other when it comes to the corona pandemic that is ongoing at the same time right now. It is now more important than ever to focus on your health, your immune system and well-being.

THE SHOT THAT HELPS YOU

I have always liked smoothies and wonderful vitamin bombs made from real ingredients (not processed). But sometimes you just don’t take the time to buy all the ingredients that are needed and fix these wonderful, anti-inflammatory, immune-boosting drinks and dishes that can so often work wonders in our bodies. Let’s make a deal you and I? Together we fix this drink and take a shot every day for the coming weeks. Let’s help our bodies with the defense against the autumn and winter flu!

With a few ingredients (most of which you probably already have at home) and water, you will be able to make this antioxidant and vitamin bomb. This is what you need:

Grate the ginger with the peel on and heat it up with the 7-8dl water. Make sure that the water does not start to boil as the cooking process removes many nutrients from the ginger. Let simmer for about 10 minutes. Set the saucepan aside and mix in the turmeric, cinnamon, black pepper and honey. Squeeze the whole grape and the two lemons into a bottle or other container. Feel free to add the pulp if you want. When the contents of the saucepan have cooled, pour it over into the bottle with the grapefruit and the lemons. Done! So easy! Store it in the refrigerator.

How often and how much should you drink?

Take a shot, 4-6 cl, every morning when you wake up. Shake the bottle before pouring.

Why is this shot healthy and so good for you?

Ginger. Ginger has long been known as an immune-boosting tropical herb. It also has a lot of other positive health effects in your body. Among other things, it has cholesterol-lowering effects, is fantastic for digestion, minimizes gas formation and increases metabolism. It relieves migraines and has been claimed to be very effective for relieving menstrual cramps in women.

Turmeric. Is also, like ginger, cholesterol lowering and good for blood circulation and for your heart. Highly anti-inflammatory and is said to prevent both depression and Alzheimer’s. Increases insulin sensitivity which can prevent and counteract diabetes. According to studies, it also has positive effects on the prostate for men and in the prevention of prostate cancer. Turmeric cleanses the body of toxins and increases the function of the liver and boosts the liver to function optimally.

Honey. Not only is it sweet and will give this wonderful mixture a sweetness, it inhibits the growth of bacteria and is expectorant. It is also loaded with antioxidants and is anti-inflammatory.

Cinnamon. Improves insulin sensitivity and is anti-inflammatory. Is good for the heart and reduces the risk of heart problems.

Lemon and grape. Has lowering effects on LDL-cholesterol. Contains copious amounts of vitamins A and C. Boosts your immune system and lowers high blood pressure.

Black pepper. Most of the turmeric shots out there lack this ingredient. However, it is important to use it for increasing the uptake of turmeric’s active substance, curcumin. Otherwise it will be difficult for the body to absorb it. Combine it with the black pepper’s piperine and you increase the uptake considerably. According to a study, uptake increases by up to 2000 percent when piperine and curcumin are combined. Awesome! Other positive effects are increased nutrient uptake, keeps the stomach in balance when it reduces the amount of stomach acid and is also anti-inflammatory.

I guess you do not need to be convinced much further if you read the health benefits of each ingredient that I mentioned above. Imagine the combination of all in one bottle. Fantastic! Run to the store and buy everything from ginger to turmeric. Go and prepare the health bomb now!

Did you follow the recipe and make a batch? What did you think of it? I would be happy to hear your thoughts. Maybe you have your own suggestions for “health bombs” in the form of various drinks or the like? Get in touch with me in the form below or directly via the chat on the page. Looking forward to hearing from you!

YOU CAN ALSO CONTACT ME DIRECTLY THROUGH THE CHAT

Click on the icon down to the right to start chatting.

Other posts by Robert Back

This website uses cookies to improve your experience while you navigate through the website. Out of these, the cookies that are categorized as necessary are stored on your browser as they are essential for the working of basic functionalities of the website. We also use third-party cookies that help us analyze and understand how you use this website. These cookies will be stored in your browser only with your consent. You also have the option to opt-out of these cookies. But opting out of some of these cookies may affect your browsing experience.
Necessary Always Enabled

Any cookies that may not be particularly necessary for the website to function and is used specifically to collect user personal data via analytics, ads, other embedded contents are termed as non-necessary cookies. It is mandatory to procure user consent prior to running these cookies on your website.

Valid until spots are filled!

Subscribe to our newsletter now and get the eBook “The little book for great results – How to achieve your goals” written by Robert Back – FOR FREE! You will of course also get:

Trifinity Training is a company that provides a variety of services in personal training, nutrition consultation, health, lifestyle change and fitness. We also provide our visitors, through our media channels on the site, with useful information about training, nutrition and health. There is an online store on the site to provide an easy and a smooth way of buying our services. Our operation therefore include the processing of personal data for various purposes. We want you to feel completely safe on our site, when you contact us through different forms, buy our services and know what information we process. You can always be sure that information sent to us, through our site, is always kept confidential. Trifinity Training is committed to protecting your privacy in a safe and legal manner. You can read more about how we process your personal data and what rights you have below.

What is personal data?

Personal information is any information that relates to an identified or identifiable person. These include for example names, addresses, e-mail addresses and other details that can be associated with a living person.

1.0 Personal data that we process and why we do it

This website collects and uses personal information for the following reasons:

If you choose to subscribe to our newsletter, which we really think you should do, your email address and the selected language (the language you want your newsletter to be) will be saved in our database and forwarded to Mailchimp who provide us with our email marketing services. This information will be stored within Mailchimp’s database as long as we use their services or until you choose to cancel your subscription. If you wish to unsubscribe and stop receiving our newsletters, we will delete your information completely. You can either use the link at the bottom of the newsletter or send an email to: info@trifinitytraining.com.

What is a cookie? A cookie is a small text file that is saved on your computer when you visit a website that uses cookies. Cookies are used by almost all websites to give a visitor access to different functions and enhance the user experience. Our cookies, like most websites, come from Google Analytics. From there, we can get statistics on how visitors use our website and give us the possibility to develop our site to optimize the user experience for you. No information that identifies you or who you are ca be obtained from these cookies. Disabling cookies can affect the functionality of the website and may cause some services to malfunction or become less user-friendly.

2.0 Who have access to personal data and how is it stored

As described in paragraphs above, personal information sent via different forms will be stored within this website’s database. The information stored in our database is only available by authorized persons, whose job description it covers, at Trifinity Training and is used only for professional purposes so that we can perform our duties and services as efficiently as possible. The information is considered confidential and is not passed forward to third parties. We store personal data as long as it is necessary for the processing purpose, in order to be able to perform work tasks and services as efficiently as possible and in accordance with statutory storage periods.

You have, by law, the right to control the information we have collected about you. You also have the right to demand that incorrect, inaccurate, unnecessary or outdated information to be corrected or deleted. If you would like to review or have your information deleted, please contact us at: info@trifinitytraining.com.